I CAN ALMOST hear the groans. You're writing about AMSS, the Asian Male Stereotype Syndrome, again? Don't you get tired writing about that?

Well, yes! Like many adult Asian/American men, I had to go through this phase of self-loathing, wondering where this shame and self-hatred is coming from. I  know that there is a young Asian/American boy out there going through this unpleasant phase and possibly thinking he's ugly, he's unattractive, he might even be thinking of harming himself.

Looking at Kreider, his handsome face and his physique and you wouldn't think that he would suffer from this social affliction called AMSS. He has a popular Instagram and vlog and has as a modeled for the likes of Men’s Health, Gillette, Reebok and Abercrombie & Fitch.

Yet, even he with his six-pack abs and chiseled chin has been riddled with self-doubt. Since childhood, Kreider has always felt ugly and second best as an Asian male in America.

This film examines the paradox of the handsome male model who feels unattractive, ashamed and emasculated because of his Asian ethnicity. Why does Kevin then choose to be a male model where validation is based his physical appearance?

“I was always angry because I felt like my voice wasn’t being heard," says Kreider. "Asian men are viewed as humble, quiet, and smart, but at the same time not sexually attractive or having personalities. We were seen as second best and having secondary options.

"I spoke about this, but was seen as an angry Asian man and told not to take it personally. After talking with Jeremy Lin at the Sixers game about Asian masculinity, I realized I wasn’t the only one with this experience.

Kevin was born in South Korea and adopted by an American family from Philadelphia and was the only Asian kid in his predominantly white neighborhood. At the time, there were no role models of Asian men being attractive or desirable in media or around him.

As a child, Kevin felt ugly and different to white kids who would constantly bully him for being Asian. That led him to believe that being Asian was second best to being white. Kevin’s parents and his brain was white, but his exterior wasn’t.

Like his own role models Asian/American top model Daniel Liu, and basketball star Jeremy Lin whom he interviews, Kevin wants to be a role model for young people that might have felt ugly or invisible like he did as a child. Kevin sets himself on a personal quest to change America’s standard of male beauty.

There is a dearth of positive representations of Asian men in film, television and media. Historically in American film and media, Asian men are portrayed as weak, unattractive and never getting the girl (or boy) they desire.

"Kevin was a successful fitness model in New York and had all the qualities to be on the cover of Men’s Fitness but was being rejected by casting agents for modeling jobs because he was Asian," said award-winning director Doris Yeung. Despite his apparent hotness he was never swiped right on Tinder and was always being stood up on dates.

"When I met Kevin in New York last summer, I wondered why this super hot and attractive model couldn’t get a date on Tinder or get on the cover of a magazine? asked Yeung, who directed Motherland (2009).

"As I talked more with Kevin, I realized his story mirrored my own growing up as the only person of color in my suburban San Francisco community. Kevin's story was the story of any kid who has ever been bullied or made to feel less than for being different. A story of a young person so ashamed of himself and how he looked that he went to drastic measures to change himself to be accepted and loved," said Yeung.


The documentary seeks to debunk these myths by finding out how these stereotypes came about in order to dispel them. The filmmakers hope Kevin’s story sheds more light on this topic and can help others who have struggled with similar issues of shame and feeling less than no matter what race, ethnicity, gender or sexuality they may be.

MLK DAY: Asian Americans and African Americans have been linked in struggle for civil rights.

The Hawaiian leis were a sign of solidarity with Martin Luther King and the Civil Rights Movement. OPINION A T THIS TIME, when Asian A... 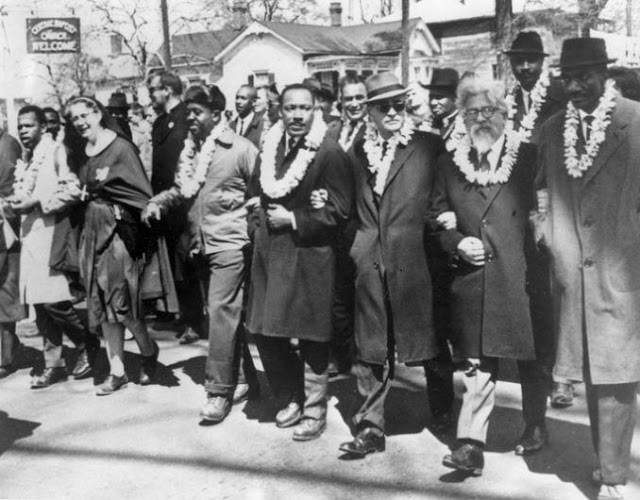